lookingforjohnnyonions.blogspot.com by estelle champeau is licensed under a Creative Commons Attribution-NonCommercial-NoDerivs 3.0 Unported License.

First of the crop

As summer matures into harvest time, buxom clusters of lusciously pink globes are starting to make an appearance in shop fronts & restaurants around the Léon area.
After a few months of forlorn barrenness, the nail on my living-room wall is finally back into use, hung with 2 opulent braids of onions grown & strung by Mr ANDRE QUEMENER from Roscoff. 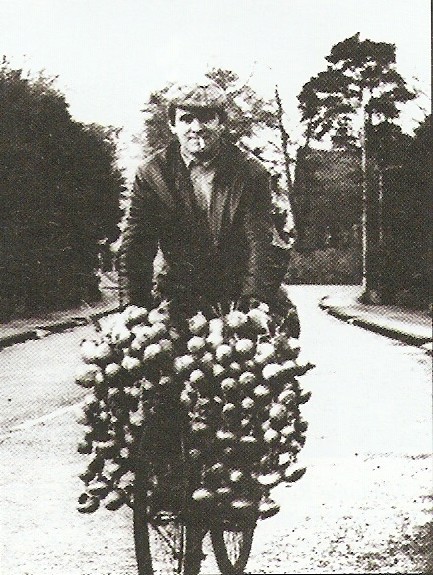 Over his lifetime, Mr Quéméner spent a combined 35 "seasons" (from late July to February) in Scotland. From his base in Newhaven, he would cycle his wares all around Edinburgh, as well as Stirlingshire & Lanarkshire, selling as many as 100 strings of onions a day.

Born to a small farmer 3 years before the outbreak of the Second World War, Mr Quéméner had had no choice but to leave his then overpopulated, unemployment-ridden hometown as soon as he had earned his school-leaving certificate to join his paternal uncle in Leith. To him, as to many other 14-year-old boys from the same background, crossing the Channel to become an onion seller appeared as the only way to go in life.
Working long hours from Monday mornings to Saturday evenings, young trainees had to pick up the tricks of the trade as they went along, learning English by repeating the words they heard on their daily rounds. (According to Mr Quéméner, people in Endinburgh are easier to understand than Londoners:
"Oh la la! They almost sing.")
Perseverance was the paramount quality for beginner onion sellers. Mr Quémener remembers being told on his 4th visit, by a lady who had turned him down on three successive occasions: "as I can see you are a persistent boy, from now on, I will buy onions from you every month." As a rule, customers were kind & sympathetic to the hardworking teenage peddler, often asking him inside for tea & cheese sandwiches. In the evening, when he returned to the derelict warehouse where he ate his dinner & slept the tiredness of the day away, his "Master" made him take off his trousers & shook them out to make sure André was not hiding a single penny from him.
After three years as an employee, Mr Quéméner decided it was time he stood on his own two feet & formed a partnership with his cousin. In the early 1960s, he was joined by his bride of two-weeks, who spent the next 10 seasons in Scotland. Their elder son was born in Edinburgh & christened in the Roman Catholic church of Saint-Mary's Star-of-the-Sea in Leith, where the family attended mass every Sunday, unless "there was too much work to be done." As a little girl, their daughter had absorbed the Scottish language & manners so thoroughly that her Roscoff friends called her "l'Anglaise" ("the English girl") when she returned home to spend the spring & early summer months.
Mr & Mrs Quéméner then thought it best they should settle in France full time for a while, so that their children could grow up in a more stable environment. But after a 14 years' break, during which he worked as a stevedore, Mr Quéméner was eager to resume his former existence as an "Ingan Johnnie." Working with renewed zest & dedication, he soon regained a large & faithful clientèle, many customers becoming friends & visiting his Roscoff home during the summer holidays.
"JUST FOR THE PLEASURE OF IT"


Today, although officially retired, 74-year-old Mr Quéméner is preparing to embark on yet another trip to Britain this summer. Accompanied by his wife, he will take the ferry to Plymouth with a vanful of onions & then drive all the way up to Edinburgh, staying the nights at regular customers/friends', & return home after a 10-day tour.
When asked why he keeps returning year after year while he could just sit back & enjoy a well-deserved retirement in his lovely seaside hometown, he answers he cannot let down the people who are waiting for him in Britain & that he "cannot change [his] habits."
As his wife tersely puts it, "it's his life."
Posted by estelle champeau at 12:15 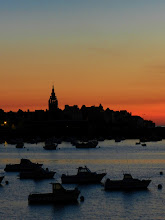 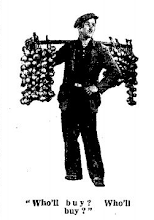 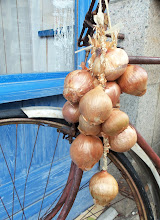 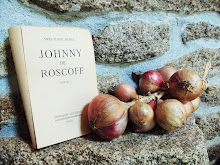 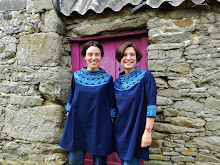 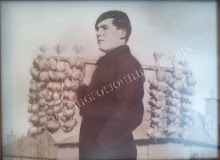 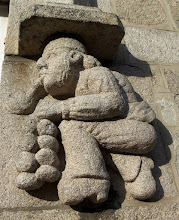